This weekend, the race on our schedule was Greenbriar Challenge MTB race. Jeff and I both registered for the marathon event since we wanted to get some training miles in for longer races we have coming up in a few weeks. The marathon race consisted of doing as many laps as possible before the 4hr cutoff time.

The laps at Greenbriar were tough. In fact, the race itself was not particularly fun. The course was incredibly rocky and any non-rocky section was incredibly muddy. There were a number of rocky, wet technical descents, which Jeff loved and I dreaded. Even the hill climbs had lots of rocks or waterbars in the way, which made them difficult to ascend. Instead of just powering up, you had to pick particular lines through the obstacles, which made the climbing slow. Also, because the marathon event was the first race of the day, I kept getting stuck behind others as all the beginners and cat2 racers took to the course throughout the morning. There ended up being a lot of traffic on the trail, a lot of running my bike on the uphills because there were so many people in front of me already walking, and a lot of riding my brakes as I tried to talk myself into relaxing on the tricky downhills. It was difficult to get into a rhythm. 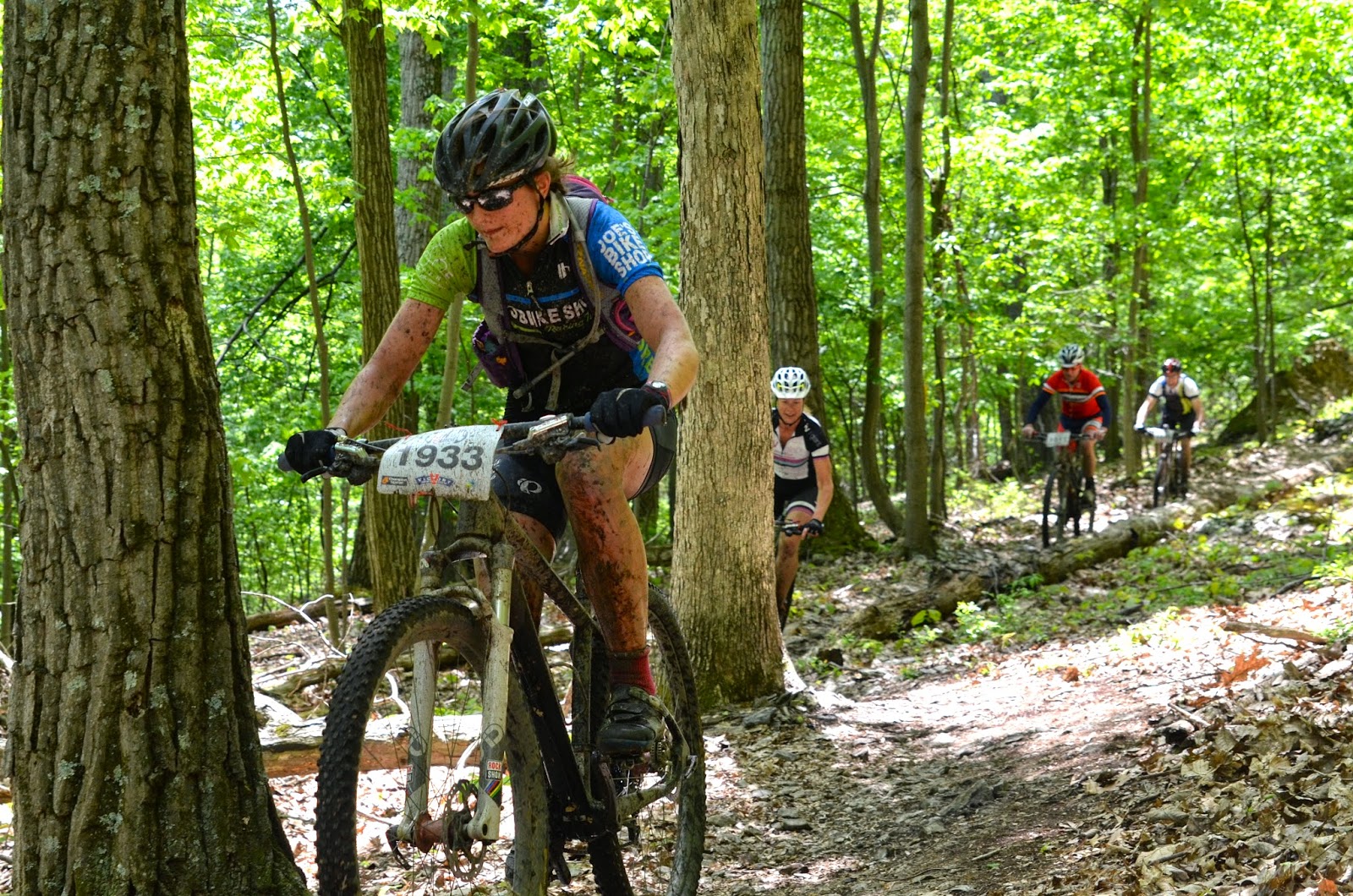 I was not feeling particularly rested or ready for this race. In fact, I felt very sluggish. After surviving my first lap, my initial thought was how an earth am I going to race for 4hrs out here? Luckily, no one else in the women's field seemed to be challenging my poky lap times. So, I just put my head down and kept pedaling. Sometimes in a race that's all you can do. I finished my 6th lap right at 3:25. I knew I was doing about 33-35 min laps so I figured my 7th lap would be my last one. Thank goodness! On the big hill climb in the middle of the course, I came up behind Jeff. "Hey there," I said. I actually felt a bit better that I was right with Jeff. On such a technical course, he should have been crushing me. Apparently, he thought so too, because after one look back at me, he took off, determined not to let me beat him! I came through the finish line in 3:59:42, 18 seconds before the 4hr cutofff.

I could have stopped there and rolled to the finish. I had ridden my 7th lap like it was my last one, pushing myself a bit harder than on previous laps. But in a split second, I decided to go out for lap #8. I had beat the cutoff time, and I knew I could make myself go for 30 more minutes. I wanted to prove to the stupid rocky course that I wasn't afraid to ride it, even if I couldn't ride it very fast. So I went through those rocks and puddles and mud and up the hills one last time just to stick it to the course. It turned out to be my most fun lap. Almost all the other racers had finished so I had the trails mostly to myself. I no longer cared if I crashed since my 7th lap time had been recorded, so I took more chances, I let loose a little more and actually had some fun out there. Now I was thinking thank goodness for lap #8!

Here is what Jeff's race experience:

"Lining up in a cattle-pen-like area with Patrick Blair and Weston Shempf directly in front of me, Kevin Carter directly next to me and Johnny May just behind me was very cool. For a moment, I felt like a legit racer. That faded pretty quickly as the 4 of them took off up the first hill climb immediately after the start. I had no idea what the course was going to be like, but I heard it was a little rocky. The descents and rock sections were SO FUN. Finally, I was racing on a course where I had an advantage! However, the steep ups started taking their toll on my legs by lap 4, and I was fading hard by lap 6. At all the rocky sections and the giant mud bog, there were people watching and cheering, and I felt like a rock star in those sections because I could ride them so fast. There was no one to witness the horrific uphill sections, so I didn't feel embarrassed on the climbs. 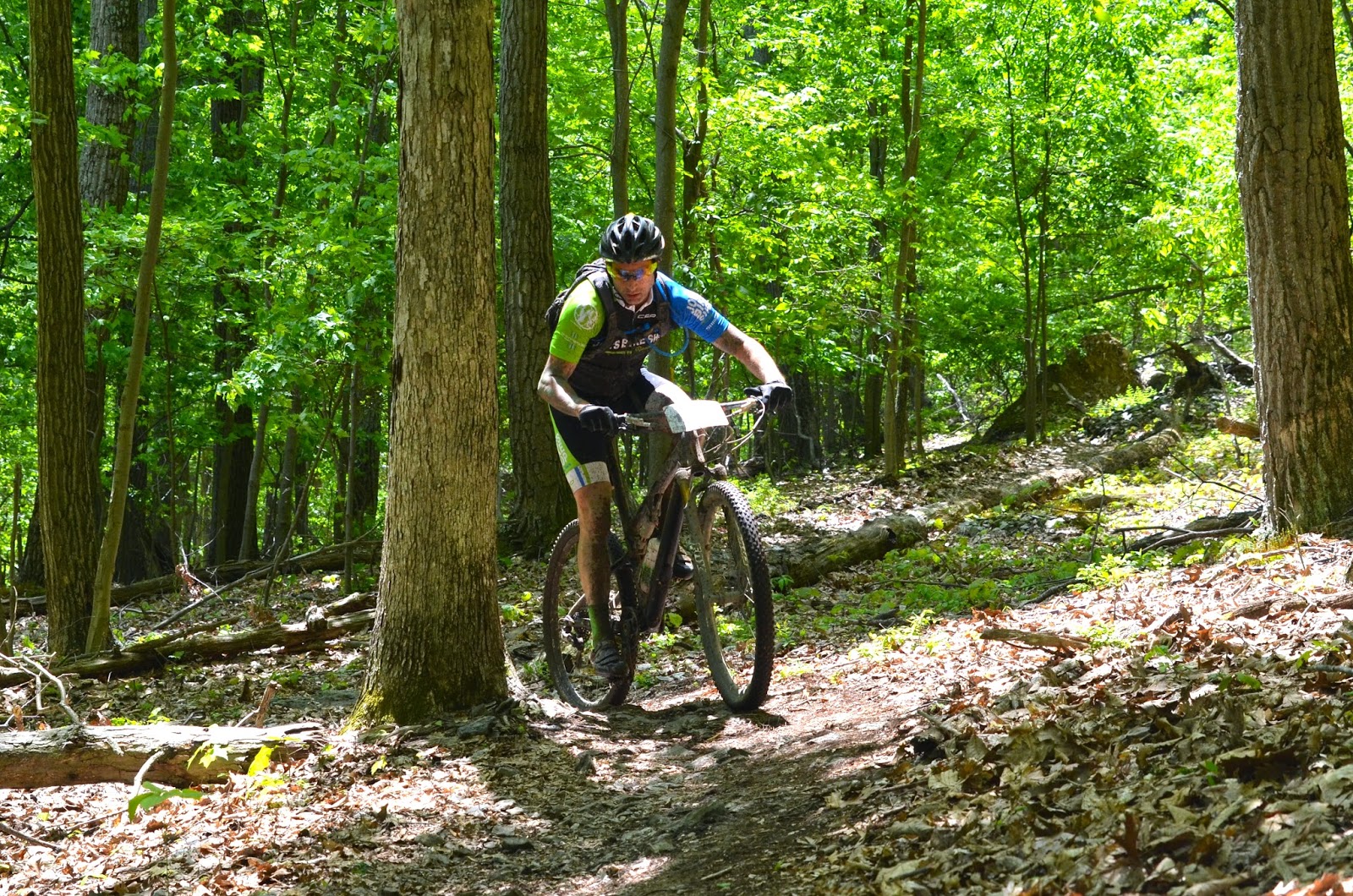 Knowing Carla should be nicknamed "Captn' Consistent" and I should be nicknamed "Admiral goes out too hard and falls apart," I figured she would come up on me toward the end of the race. And she sure did.  When she caught me, we were both around midpoint of the 7th lap, getting to the time were maybe we would make the cut-off to ride an 8th lap, or maybe not. She gave me inspiration to start pushing again instead of being lazy on the ups. I needed that inspiration. I started to feel like I was tapping out on the last long climb, but I remembered she was still behind me and she would tell me I could push harder... so I did. 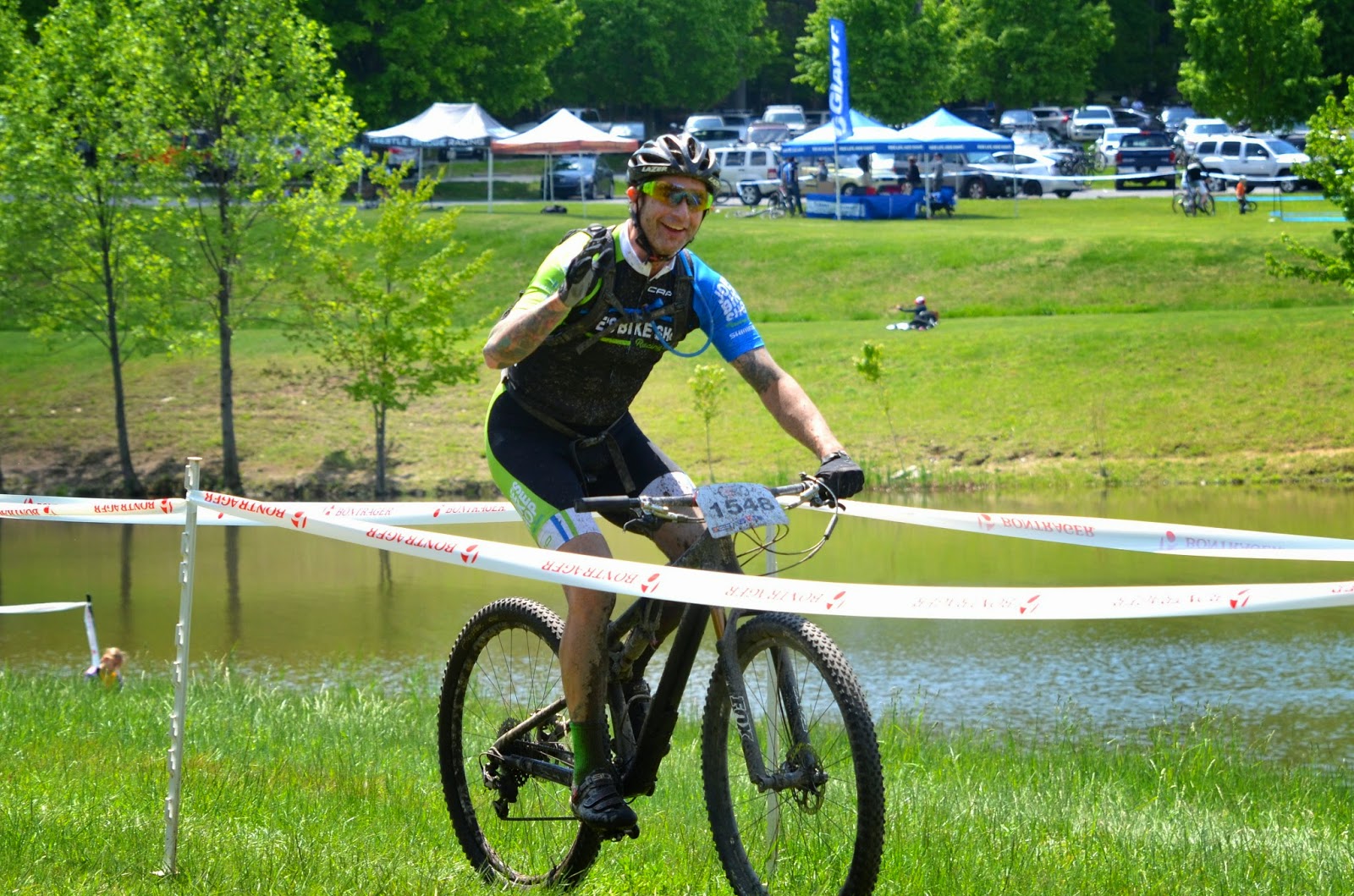 I think I came in with 2 minutes to spare for the cut-off. I did not see any folks in my category on the last half of the 7th lap, so the results would not change if I raced an 8th lap. I will say 'at some point you are doing more damage than good with big/long efforts,' and that was my justification for falling victim to my real thoughts of 'I'm tired and my legs are cooked.'  A minute or so later Carla comes through, squeezing under the cut-off. She smiles and holds up one hand and one finger and makes a few circles in the air, with that gesture asking me 'one more lap?'  I say 'no way' and was a little embarrassed and awaiting a 'weakling!' comment.  But she just smiled and took off on an 8th lap, sealing the win.  She is silly strong.  Anyway, I came in 8th, and I am happy with my day and really love that course."

Next week will definitely be a recovery one for both of us. Thanks so much to Joe's Bike Shop for tuning up our bikes for this race. Despite racing for 4+ hours on rocks and mud, our bikes worked perfectly. No flats or mechanicals for either of us!
Posted by Carla at 7:03 AM