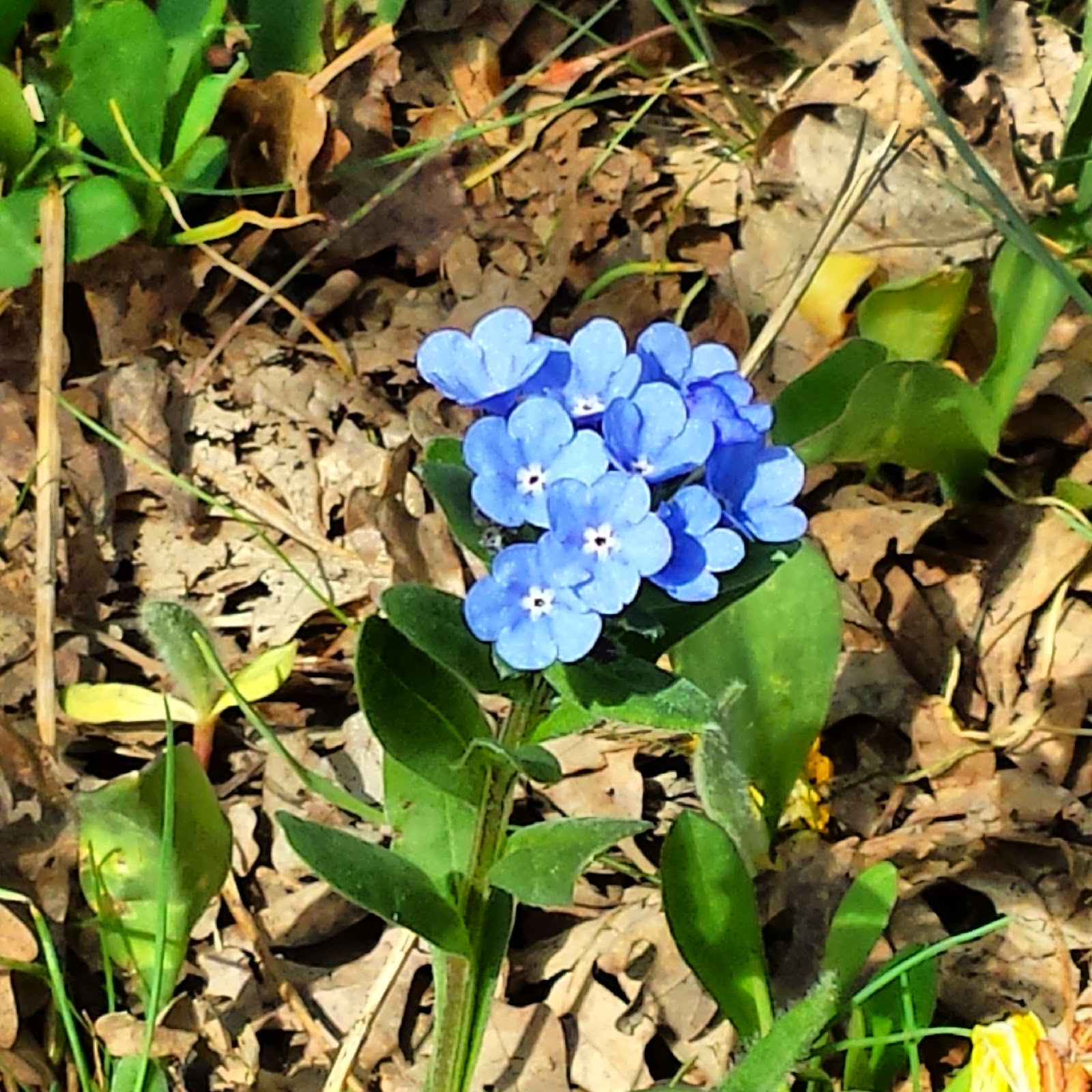 For two and half weeks last month, I had the opportunity to be in Salt Lake City, Utah. My premise for the trip was a wilderness medicine course taught at the University of Utah, but since we only had classes in the evenings, I had plenty of time for biking, hiking, trail running, and climbing in the Wasatch mountains. One of the great things about SLC is that the mountains are so accessible from the city. I didn't have a car there, but I was able to bike to the top of most mountain passes in 1.5-2 hrs. And within a 3-5 mile jog from where I was staying, I could be on any number of hiking trails leading up into the mountains. For this post, I decided to combine some of the information I learned in my course about altitude medicine with some of the great biking and trail running adventures I had.
First off, in order to have biking adventures, I needed some bikes. I actually ended up being able to borrow both a road bike and a mountain bike while in SLC, and I can't thank Peter and Ricardo enough for their generosity. Peter is a friend of a friend who let me borrow his really nice carbon fiber road bike for the whole 2 weeks I was there. Peter's friend, Greg, works at Beehive Bicycles, and helped me tune up the shifting. If you ever need a bike shop in SLC, I would highly recommend Beehive Bicycles. Greg is really nice and helped me fix the bike right when I brought it in. Ricardo is someone I actually met out on the trails. One day, I rented a mountain bike from the University of Utah. I really wanted to try this one MTB trail called The Bobsled - a twisting, turning downhill trail with fun banked turns that drops 1000 vertical feet over 1.6 miles. While en route to Bobsled, I met Ricardo and rode along with him for awhile. At the end of the ride, he mentioned that his wife had a MTB that I could borrow if I wanted to. He gave me his number, and I was lucky enough to meet up with him again and borrow the MTB for the remainder of my time in Utah. 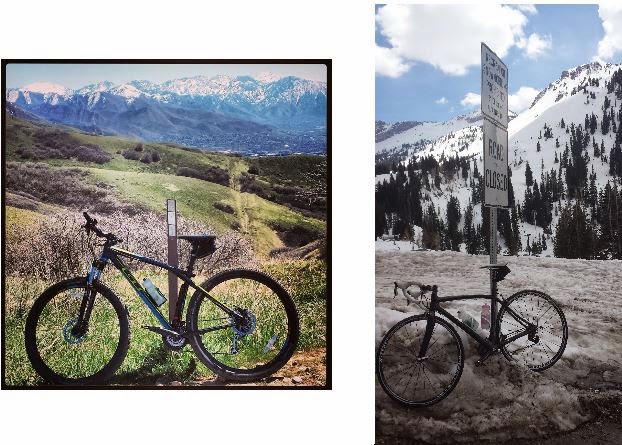 The best rides I did in SLC were the climbs up into the canyons. These climbs were 8-15 miles long with 4,500+ ft of elevation gain. I never get to climb for that long in Baltimore! The roads I biked included Big Cottonwood Canyon road, which ends at Brighton ski resort, Little Cottonwood Canyon road, which ends at Alta, Millcreek Canyon road, which unfortunately ended for me about 5 miles up the road (the remaining 4 miles of road was completely snow covered) and Emigration Canyon road up and over Big Mountain to East Canyon Resort. The views were beautiful, and the descents were sooo fun (although sometimes chilly) and made all that climbing totally worth it!
SLC sits at 4,327 feet (1,320 m) above sea level, which is high compared to Baltimore, but not really high enough to have significant physiologic effects. In order to get potential benefits from altitude training, you need to be at an altitude of at least 2000m for a duration of at least 3-4 weeks. At these higher altitudes, there is a decrease in the partial pressure of oxygen in the air. Hemoglobin is the molecule in red blood cells that carries oxygen to your muscles and organs, and at high altitudes, there is less oxygen bound to hemoglobin and less oxygen getting to your tissues.

Over the course of a few weeks, your body adapts to these low oxygen (or hypoxic) conditions in several ways. First, there is a shift in the hemoglobin molecule that allows for oxygen to be released to your muscles more easily. Second, your body increases the production of erythropoietin or EPO. This is a natural hormone (or not so natural if you are doping) that stimulates the bone marrow to produce more red blood cells, which means more hemoglobin is around to deliver oxygen to your muscles. By directly measuring EPO, red blood cell volume and hemoglobin mass, researchers can quantify how well individuals respond to altitude training.

Another change that happens at altitude is that you start breathing faster and your heart rate increases even at rest. When you breath faster, you exhale a lot of carbon dioxide (which exists in your blood as carbonic acid). As you breath off more and more carbon dioxide (think acid), you blood becomes more alkaline or basic. To restore proper acid-base balance of your blood, the kidneys adapt by excreting the excess base in the form of bicarbonate. This allows you to keep breathing at an increased rate without compromising the acid-base balance of your blood.

There may be other ways the body adapts to high altitudes including increased efficiency in the way muscle cells use oxygen to make ATP (the energy molecule that allows for muscle contraction). Some researchers have hypothesized that the mitochondria in muscle cells may adapt to make more ATP with less oxygen, there may be more blood vessel growth in muscles, and the muscles may develop a greater ability to buffer lactic acid or tolerate higher levels of lactic acid before fatiguing.

Despite these physiologic effects, however, there have been very few well-designed studies to assess whether altitude training actually improves performance. In fact, the most recent reviews about altitude training conclude that "the scientific ground on which altitude training is recommended is not solid enough, particularly to make specific recommendation for elite athletes," and many authors suggest that any gains athletes experience after high altitude training may be solely due to the placebo effect.

When it comes to altitude training, there are 4 main methods that athletes use. These include:

1. Live high-train high
Basically, athletes who train using this method spend all their time at altitude. In one study of 39 collegiate runners, researchers found that living high and training high for 4 weeks increased VO2 max by 5% from baseline, but there was no improvement in 5000m running performance. The one drawback to this training plan is that being at altitude reduces your VO2 max, which means that peak running or biking speeds will be lower than at sea level, and you will not be able to train at the same absolute intensity.

2. Live high-train low
Athletes who use this method of training get the physiologic benefits of being at altitude, but train at sea level so that training intensity and VO2 max is not compromised. Interestingly, in that same study of collegiate runners, those who lived high and trained at sea level increased their VO2 max by 5% AND improved 5000m running performance by 13.4 seconds. However, in a recent placebo-controlled double blinded study of 16 endurance cyclists, authors found that after 4 weeks of living at altitude for 16h/day (athletes lived in hypoxic rooms at a Nordic skiing center in France to simulate being at an altitude of 3000m) and training outside at an altitude of about 1,000m did not improve hemoglobin mass, VO2 max or power output in a 26km time trial test. One thought is that these cyclists already had high red blood cell counts from years of training and thus, this method of altitude training may increase performance of lower-end athletes, but the same benefits may not be seen in the already elite.

3. Live low-train high and 4. Intermittent hypoxia at rest (repeatedly switch between breathing severely hypoxic air that simulates being at an altitude of 4500-6000m and normal air for short durations of time)
There is no evidence to support either of these methods of altitude training, so there's not much more to say here.

While living high-training high or living high-training low may increase your red blood cell count, total hemoglobin and VO2max, especially if you're not a pro athlete, these changes are very variable between individuals. And, even if increases in physiologic parameters are observed, these changes do not necessarily translate into proportional improvements in racing times. I like to think these studies mean there is hope for us not lucky enough to live in the mountains yet. I can't wait to move out west, but for now, I'm content to know that with enough hard work at sea level, I can still be a fast racer!