It was around mile 50 when I knew that my best effort was not going to be good enough. I asked the guy riding next to me through the sand what our chances were to break 12 hours and he shook his head. "Maybe if you gun it through the next 50 miles, you might have a chance." I knew that it was going to be near impossible to "gun it" through the tight, twisty technical singletrack that lay ahead, and I also knew that the 2nd half of the race was going to be harder and only slower than the 1st half.


I had prepared as best I possibly could for this race. I had read about every blog post out there. I had talked to as many people as I could who had done this race before for advice. I knew that I had to go out hard at the start and hammer every easy trail because I needed to bank time for all the technical slow trail in between. My mom flew out from New Hampshire to spend the weekend with me and run support. She met me at miles 30, 50, 64 and 87 with food and water so I could minimize time stopping. I had the course loaded onto my wahoo, I had a back up charger for the wahoo, I had lights, I had food, I had tools and tubes for all the possible mechanicals that I knew how to fix. I guess it is fair to say that even the best preparation doesn't really prepare you for this race.

The race starts outside of Marquette and finishes in Ishpeming on the upper peninsula of Michigan (about a 30 min drive away). Another reason to have a support person at this race is that you don't have to worry about the logistics of getting back to your car after finishing the race. We started at 7:30 as soon as it was light out. It is a Le Mans-style start. We were led out on the run by a unicorn! The run is short and nothing taxing. It was actually a nice way to warm up in the chilly morning. It was about 40 degrees at the start. I wore shorts and a light long sleeve base layer and lined Handup gloves, and I was pretty comfortable all day in those layers. 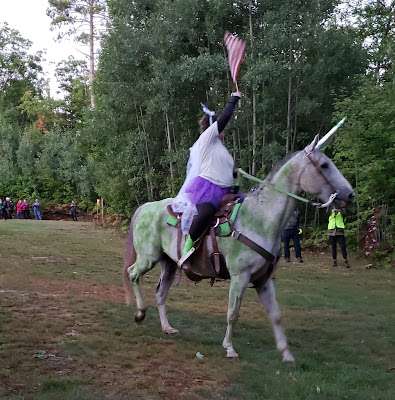 I can't really remember much about the 1st 30 miles. I know at mile 17, we looped back through the starting area and there were a lot of people cheering. I remember some flowy berms immediately after that that were super fun. I know that the roots were still wet from the morning dew/yesterday's rain and my rear tire slipped several times forcing me off my bike on some of the ups. And I know around mile 30, we rode under the highway and popped out next to a Best Buy, which is where mom was waiting for me for the 1st water fill up.

Around mile 38, I got lost. I think the main thing that I did not prepare for was how much navigating was required for this race. There are arrows on course, but often the arrows are 15 feet into the woods so if you aren't paying attention to your map and don't know the turn is coming, you will blow right by it. There was a lot of missing the turn, stopping, turning around, peering into the woods, finding the arrow, then continuing on. Also, the course is very loopy. You do lots of loops and circuits in the same general area. I have used the navigation tool on my wahoo plenty of times before to navigate new trails/routes, but I guess I have never used it for such a tight course because when I got lost, it was absolutely impossible to figure out which loop of the course I was supposed to be on and how to get back on track. No matter how much I zoomed in, all I saw where little arrows pointing in every direction. I started cursing. I had just descended off of a rocky ridge and luckily I knew that I should be generally close to the South Trails Pavilion, where I had heard there was a unofficial but usually well stocked aid station. There were several hikers and another cyclist near me. After a bunch of time going one way and then going another way and lots of expletives, I finally got to the aid station. I felt fucked and frazzled. There was nothing to do but collect myself and keep on riding.

The next 10 miles of trail was slow going, rocky, rooty, up and down. I would describe the singletrack out there like New Hampshire meets Patapsco. I finally got myself back into a rhythm and made it to mile 50 where the course crosses a road again and filled up on water and stuffed half a PB&J into my mouth. I was feeling good, my legs still felt strong, I had 50 miles to slowly let my belt buckle goal slip away and somehow I was ok with that. I was actually having quite a fun time. I was riding the technical stuff pretty well, I was staying balanced, I was clearing almost all the steep downhills without a dropper. Mentally and physically, I felt great! I only wished my time was a bit faster and that I hadn't gotten lost.

There was a part sandy and part paved bike path that I hammered en route to Jackson Mine park where there was a big aid station at mile 65. Quick stop for water and I was out for probably the most technical section of the course. We descended down a set of concrete steps in the woods, then it felt like over 20 miles of climbing up steep trail for 5-10 mins, cresting out on bedrock, then descending down steep trail and repeating over and over again. It seemed like there were quite a few hike-a-bike sections. I found I was frequently in the wrong gear to hit the climbs efficiently because with the trail being so twisty, I would be pedaling on a descent and then all of a sudden the trail would turn quickly right into a steep up. Sometimes I could shift in time, sometimes I could muscle up and sometimes I was forced off my bike. The course goes right by the finish line in Ishpeming around mile 75, and you can hear 50 milers finishing.

At mile 85 or so, we arrived back in Jackson Mine Park. Last fill up on water and snickers, and I grabbed a new helmet with a mounted light. It was about 5:35 pm and I knew it be close to dark by the time I finished. I had read that the last 15 miles of the course is the hardest section and takes about 2.25-2.5 hours to complete, which was pretty accurate. It is more of the same, short steep climbs, and short rocky descents. My wrists were hurting from the constat gripping and jarring on the physical terrain, but I was still having fun. I cleared almost all of the climbs and was hiking a lot less than I thought I would be, which was cool. About a mile from the end, there is one last hike-a-bike section up to the top of this hill, where I collected my last token, and then you simply turn around and descend back down the trail you just hiked up. From there, it is a pretty easy roll into downtown Ishpeming to the finish line!

To prove you have completed the entire course, there are checkpoints out on course with big bins attached to trees and you have to grab a wooden token from each of the checkpoints. They don't tell you how many checkpoints there are going to be (there were 4 this year) or where they are going to be out on course (I think there was only 1 in the 1st half and 3 in the 2nd half of the course). At the line, someone counted my tokens and gave me a finishers patch.

I didn't reach my goal of 12 hours, but I am still really happy with my ride. I felt like I pushed the entire way, my legs felt strong, I never mentally broke down or entered a dark place, even when I got lost. I actually had a lot of fun working my way through the trails and was pretty happy with how I rode a lot of the technical stuff. It was awesome having my mom out there, and I kept looking forward to reaching the next spot out on course where I knew she would be. I think that if you accomplish all of your goals in a season, that means you are setting the bar too low. So I am ok with setting myself up for the challenge, giving it my best shot, but coming up 25 minutes short. It was an incredible backcountry adventure and a great end to my 2018 NUE season. 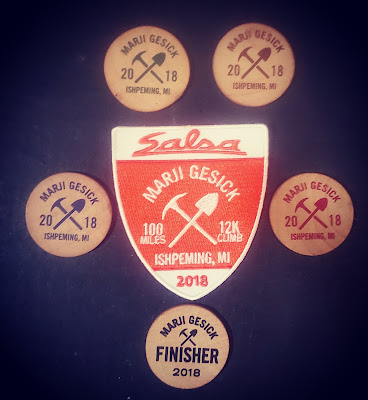 Maybe the best ending to the race was getting a facebook message from another racer telling me how his significant other was inspired to start riding/racing mountain bikes after watching me and all the other women out there racing and digging deep. "Please keep kicking ass and encouraging more women to do hard things," he wrote. I definitely plan to, and if my race inspired another lady to try out mountain biking, then it was more than a success!


Also, I just can't say enough good things about my race set up, I had no mechanicals out there, thanks in huge part to Joe's Bike Shop for setting me up on a Trek Top Fuel and East Coaster's Bike Shop in Roanoke for making sure the bike was running smoothly. I ran Maxxis Ardent Race tires, which have never let me down in a race and handled the rocks and roots without any problems. The combo of ESI grips and Handup gloves kept my hands blister free, I used a Rudy Project helmet, XX2i optics kept mud out of my eyes, and Huma gels kept me fueled with all natural-chia seeds, fruit and coconut water. I really can't say enough good things about these products or their support!

Some other highlights from the upper peninsula: 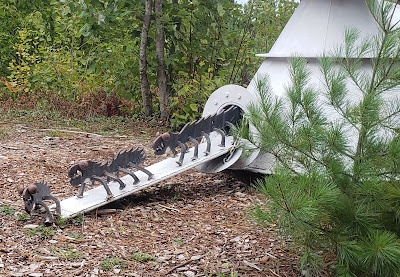 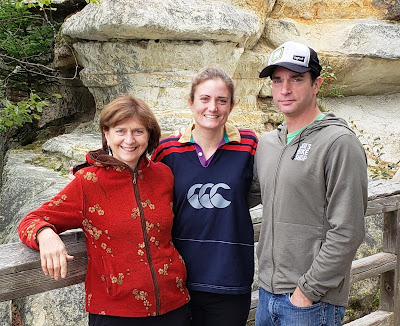